The police forced a homeowner to remove a Halloween display depicting what appeared to be a lynched black man hanging from a tree after neighbors protested.

According to Indiana news station NWI Times, the 15-year-old daughter of Toya Griffin, a resident of Lansing, Ill., discovered the figure — a black mannequin with its hands and ankles tied —hanging from a tree near the sidewalk on Wednesday while she was chatting with her mom on the phone. 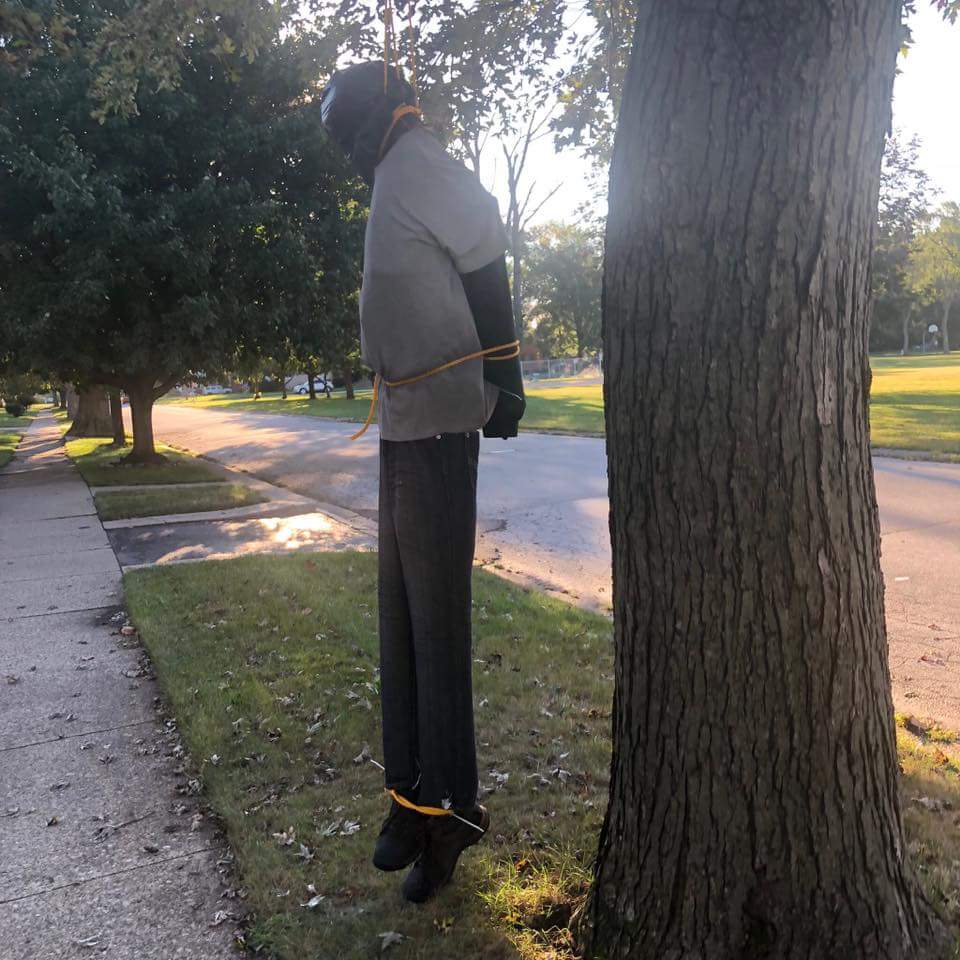