Florida Man Tried to Stab ‘Friend’ to Death After They Had Sex: Police

Michael Drake of St. Petersburg, Florida, was arrested on Thursday and charged with one count of second-degree attempted murder after stabbing a “friend” after they had sex.

The Tampa Bay Times reports: “According to the Pinellas County Sheriff’s Office, Kimball, 54, went to the home of his friend Michael Drake on the 5200 block of 77th Street N for sex. Afterward, Kimball told deputies, Drake, 38, attacked him with a knife, cutting his neck multiple times then leaving. Alone in the house, Kimball wrapped a towel around his neck and walked up the street looking for help. He was found in a yard a few houses up, where a resident called 911. Kimball was taken to a hospital with serious injuries.”

Drake was found a short time later a few blocks away after an acquaintance called police and reported Drake was in his home.

What:
Pinellas deputies have arrested a St. Petersburg man for attempted murder after he seriously injured a man with a knife.

Where:
Deputies were called to a residence located at 5241 77th Street North, unincorporated St. Petersburg.

Why/How:
According to deputies, at about 6:11 p.m. on Thursday, September 6, 2018, deputies were called to a residence located at 5241 77th Street North, St. Petersburg, after the resident found an injured man on his property and called 911.

When deputies arrived, the victim 54-year-old Mark Kimball had already been transported to a local hospital for serious injuries that included lacerations to his neck.

At the hospital, Kimball informed deputies that he met with 38-year-old Michael Drake, an acquaintance of his, at Drake’s residence for consensual sex located at 5201 77th Street North, St. Petersburg.

Kimball said after the sexual encounter, Drake attacked him with a knife and cut his neck before leaving the residence. Deputies say Kimball placed a towel around his neck and walked down the street looking for help.

Deputies were searching for Drake when they received a 911 call at a nearby residence for a burglary in progress located at 5252 79th Street North, unincorporated St. Petersburg. When deputies arrived, they found Drake at the residence. The victim of the alleged burglary requested not to prosecute Drake for burglary.

Deputies returned to Drake’s residence and recovered the 10” to 12” kitchen knife used in the attack.

Deputies arrested Drake and transported him to the Pinellas County Jail.

Drake was charged with one count of Attempted Murder in the Second Degree. 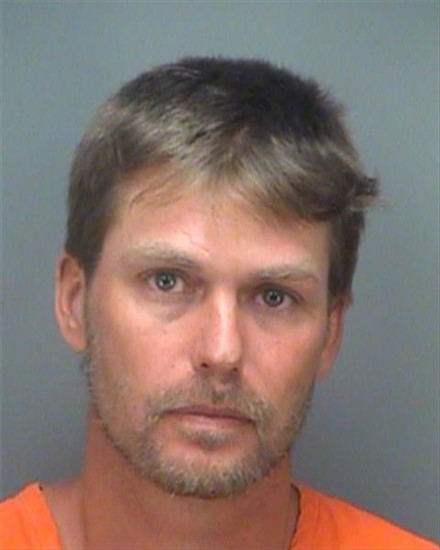