Blue Macaw Parrot that inspired “Rio” has Officially Gone Extinct in the Wild! 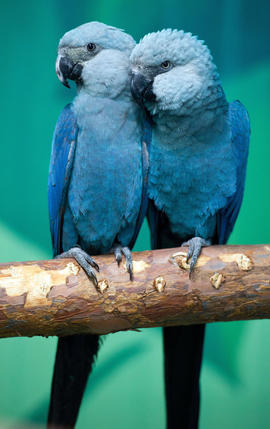 In the animated film “Rio,” a Spix’s Macaw named Blu flies all the way from Minnesota to Rio de Janeiro because he’s the last living male of his species and that’s where Jewel, the last living female, lives.

A new study by Bird-Life International, a global partnership of conservation organizations that strive to conserve bird species around the world, reveals that in recent years several bird species have lost their fight for survival. And sadly, one of those species is the beautiful Spix’s Macaw. The species is now considered extinct in the wild, although some of the birds survive in breeding programs. Continue Reading