Train carrying cars tried to squeeze under a low hanging bridge and ended up damaging cars inside its carts. If you look at the video it appears as if the Train Conductor tried to back up and reverse the train at some point and then may have had a change of mind and continued going through the bridge. 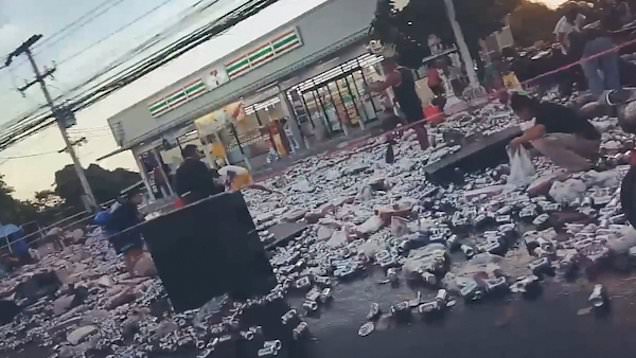