17 Dead in Stampede at Middle School Graduation Celebration in Venezuela! 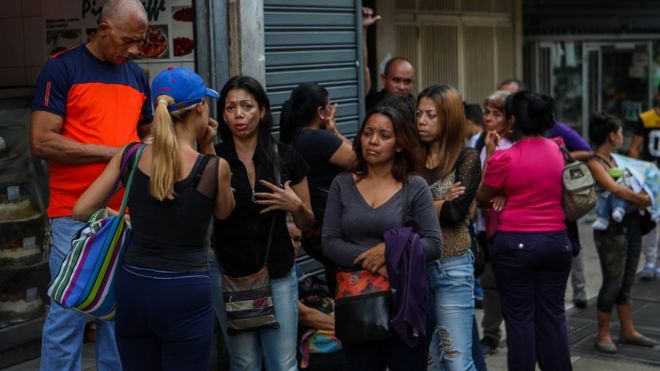 The stampede was triggered when a tear-gas canister was set off during a brawl, he said.

Party-goers were celebrating the end of the school year and several of the dead are reported to be minors.

Seven people have been arrested over the case, the minister said.

The stampede took place at the Club Los Cotorros in the El Paraíso district in western Caracas, local media reported.

Some 500 party-goers rushed for the exit when the tear-gas canister was detonated during a fight in the early hours of Saturday morning, Mr Reverol told state television.

Among those detained are two minors identified by witnesses along with the owner of the club for failing to implement measures to prevent weapons being brought into the premises.

“The majority of the deceased… were between 16 and 20 years old,” journalist Darvinson Rojas told La Patilla news website.

Family members wait in front of a morgue in Venezuela’s capital after 17 people, including eight minors, were killed at a crowded Caracas club when a tear gas canister was detonated, setting off a stampede.